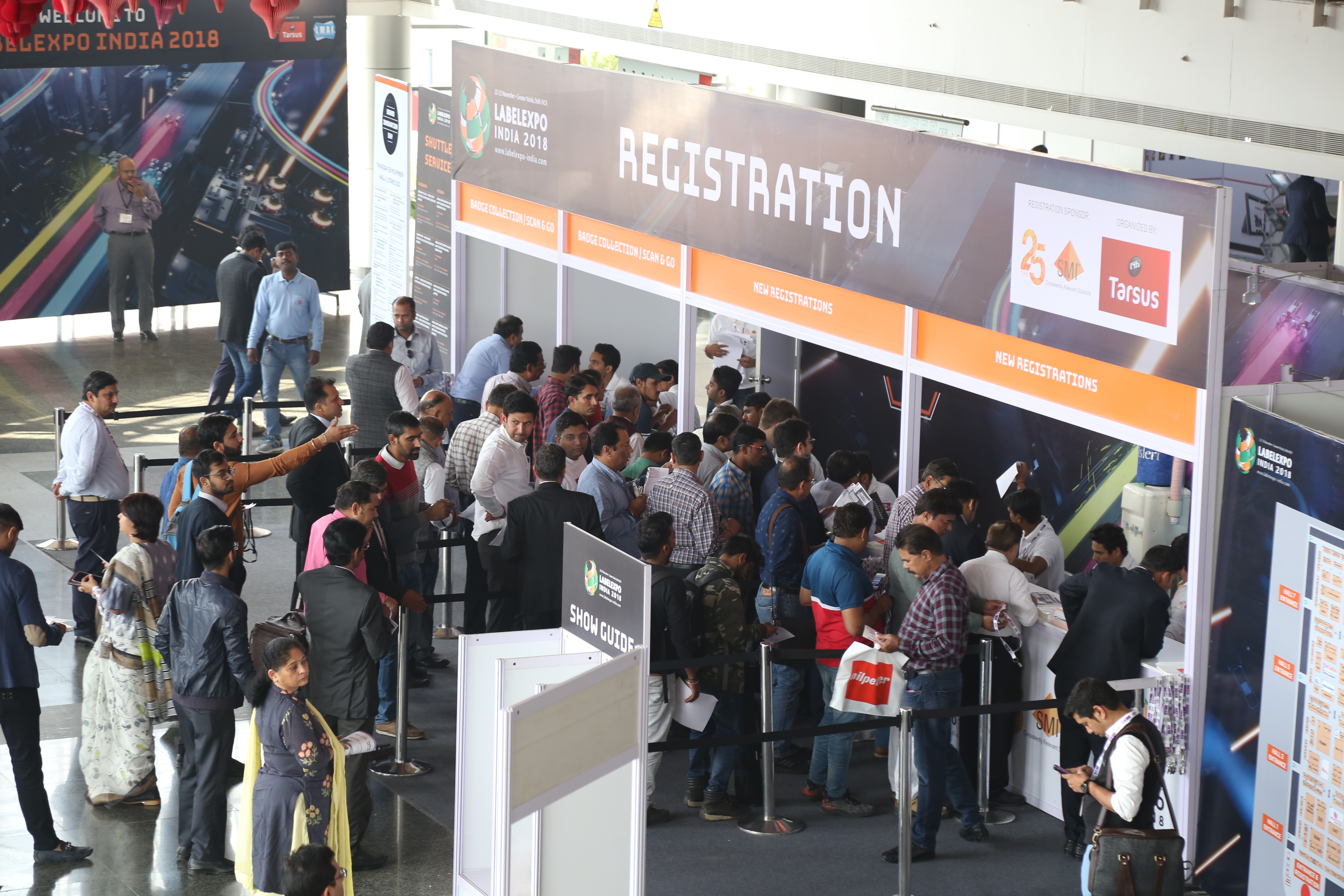 Labelexpo has made a triumphant return to India, welcoming over 12,000 visitors to the India Expo Centre in Greater Noida on the outskirts of Delhi – an increase of 22% compared to the last show in 2018.

The show featured more than 250 exhibitors from around the world, and particularly showcased the advances made by the Indian supplier industry in the four years since the last India show. The aisles were buzzing and multiple deals were closed through the four days of the show.

On the digital side, Monotech showcased a range of machines including the Colornovo hybrid press and an entry-level aqueous inkjet press. The company also demonstrated a blockchain-based track and trace system built on variable QR codes and hidden trigger images.

Appadurai A, country manager, HP India Sales, commented, 'Labelexpo India is an important show for us as far as label business goes. We definitely got focused people at our stand that we don't see in other shows.'

Amit Sheth of Pulisi, added, 'Labelexpo India 2022 has been very exciting for us. We had been looking for such a platform to network with industry friends. And we look forward to the Labelexpo series.'

Grant Blewett, chief commercial officer, Miraclon, said, ‘Labelexpo India is the premier labeling show within the Indian market. Labelexpo is something that is very important for Miraclon and has been for many years, so it was good to be back. We were impressed with how busy it has been and have seen many really good customers and prospects. '

Commented Pradeep Saroha, event director Labelexpo India 2022, ‘Labelexpo India 2022 was the biggest show so far in its history in terms of both participation and visitors. The four-day show was packed with new visitors from commercial print industry eyeing labels market and neighbouring countries including Bangladesh and Sri Lanka. I would like to extend my gratitude to all of the associations and partners for their constant support in making the show a success. I look forward to welcoming all of you at Labelexpo India 2024!’

Jade Grace, Labelexpo Global Series portfolio director, said, ‘It was wonderful to see Labelexpo India bouncing back after four years away. The show was buzzing with excitement and many deals were done – it was clear many converters were waiting for the show to make their new investment decisions. I would also like to thank all our partners who helped make the show the resounding success it was.

'Our next event is Labelexpo Southeast Asia in February 9-11 which is gearing up to be a fantastic show, after an absence of 5 years in the region due to the pandemic. We are very much looking forward to be back in Bangkok, following the successful editions of Labelexpo in the US and India. The industry in this thriving region is so ready to get together to do business and network, and we cannot wait to hold the event to facilitate this.’