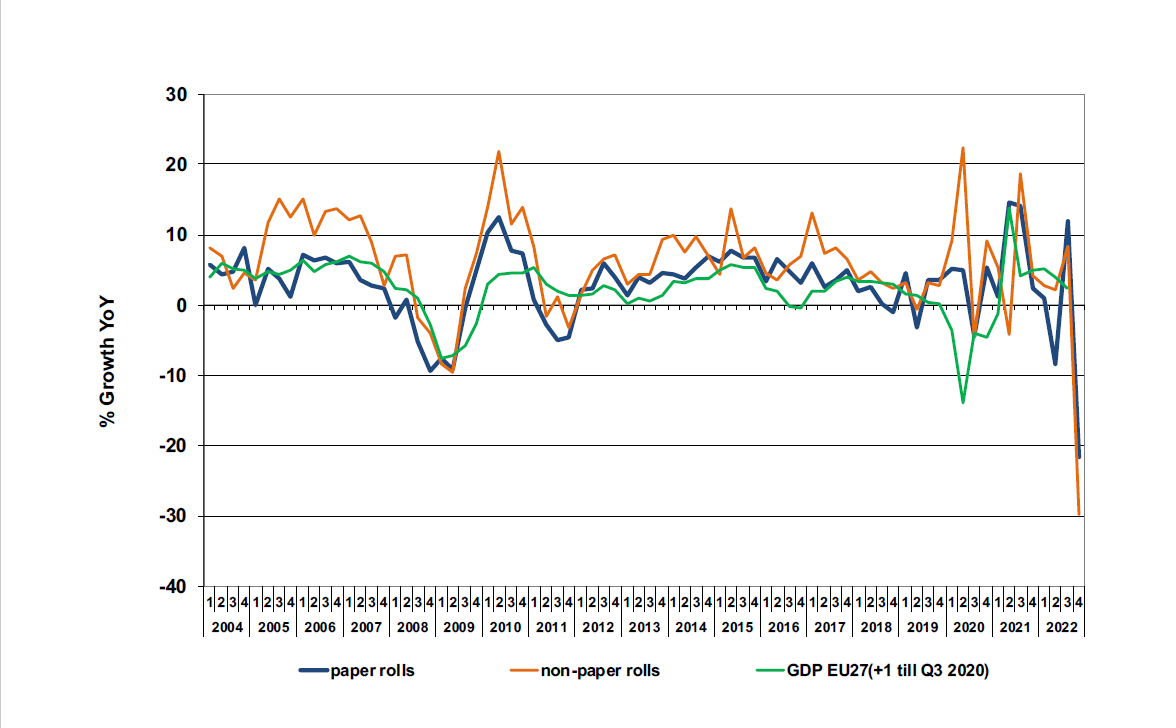 In the fourth quarter, labelstock demand in Europe dropped sharply, after a poor first half of the year caused by strike related paper shortages from Finland, and a rebound in Q3. For the year as a whole, European self-adhesive labelstock demand decreased by 4.7% compared to 2021.

Compared to the fourth quarter in 2021, European consumption of paper and filmic roll labelstocks decreased by no less than 24%, the sharpest year-on-year decline in a single quarter recorded since FINAT commissioned the collection of quarterly statistics in 2003.

The contraction in demand is a correction of the ‘erratic’ market behaviour in the previous three quarters that started with the long lasting paper strike in Finland in the period till Easter, the resulting paper shortages and increasing lead times, the refilling of label converter warehouses in the third quarter and the mounting general economic uncertainty in the intermediate period caused by the Russian invasion of Ukraine, rising energy and raw materials costs, rising interest rates and a looming recession due to losses in disposable incomes of European consumers.

As a result of this, label converters decided to deplete stocks towards the end of the year and postpone the procurement of new labelstocks. In spite of recessionary expectations, underlying fundamentals for the European label industry until recently remained positive, according to the latest FINAT RADAR report released in December, of which the results were based on a survey in November among 60 brand-owners. According to the survey, at that time nearly 85% of the respondents expected their label procurement to increase or at least remain stable. Given the moderate general economic forecasts for Europe that have emerged more recently, the coming months will tell whether these expectations were justified. 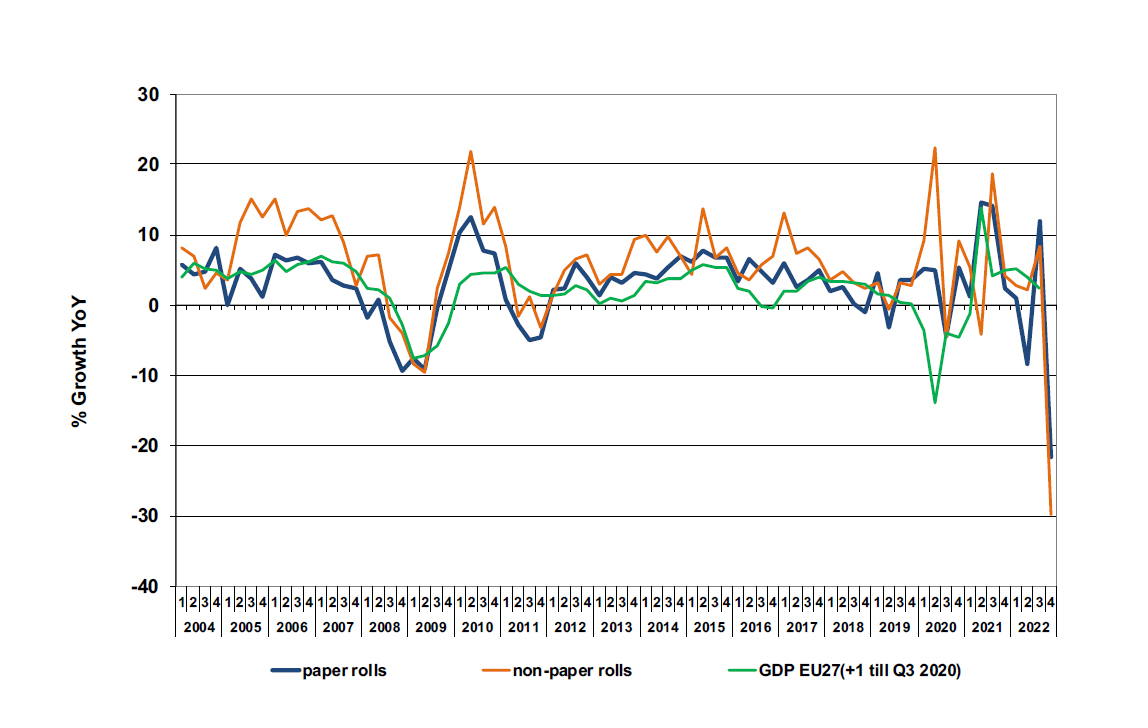